One of the most delightful aspects of using a bath bomb is to watch it dissolve right in front of your eyes. But for the little while it takes for the bomb to fall apart it might float right on the surface – or sink to the bottom of the tub. This might make some believe that they’ve gotten a faulty product. But is it really so? Should the Bath bomb be floating on the surface or sinking to the bottom of the bath?

A bath bomb is more visually appealing when floating on the top of the water in the bath tub as it dissolves. The right ratio of ingredients, and less oil and moisture in the finished product will see it more likely to float as will a flat bottom versus spherical bombs.

Let’s take a closer look at what makes a bath float, or sink, and when we might be looking for one or another when buying our next bath bombs.

What Makes A Bath Bomb Float? (All reasons)

Ingredients with less density than water as well as not packing the mix too tight into the mold is key to ensuring your bath bombs float during the dissolving process. If you are making bath bombs yourself, Epsom Salt and Cornstarch are both good ingredients to help your bath bomb float.

When making bath bombs for the first time or when you first start creating these products at home, the tendancy is to pack as much of the mixture into the mold as possible, to avoid crumbling or cracking when removing the mold.

This can work against you when creating a bath bomb, especially, if you want to avoid, extensive drying times or more importantly, something that enters the water and floats like a brick.

Be a little more reserved when packing that mold, and ensure you have used less dense ingredients like Kosher salt and cornstarch, and you find it more likely your bath bomb will bob on top of the water n release lots more later on the surface.

How to use a Bath Bomb – Are you Doing it Right?

What Makes a Bath Bomb Sink? (And how to avoid it)

The lack of air pockets and densely packed, heavy ingredients, will cause a bath bomb to sink when placed in the water. Pack more softly, use light ingredients and light oils for more floating success, and avoid the sinking feeling.

I may be, you’ve been making a few bath bombs and you find they crumble when you try to remove them from the mold.

Quite often people will misdiagnose the cause as not packing the mixture into the mold tight enough when actually the reason for crumbling is in the recipe with a lack of binding happening.

With the diagnosis out of place, the next cause of action is usually to pack as much of the mixture into the molds next time, removing from the mold and drying completely like a huge cannonball, and then finding the bomb dropping disappointingly to the depths of the bathtub when introduced.

Should a Bath Bomb Float or Sink? What’s Right?

It doesn’t matter, a bath bomb may both float or sink – and it might not be an indicator of their quality at all. The thing is both types of bombs may contain beneficial ingredients and smell good, so while watching the bath bomb float is fun, the bombs that sink aren’t exactly a waste of money.

But the vast majority of bath bomb users would prefer to see their proud purchase or merchandise floating on top, releasing that lovely colored and scented wonder in perfect view.

So let’s take a look at how we can best prepare ourselves to ensure that our bath bobs float each and every time.

Things to consider to make your bath bomb float

The Shape of the bath bomb also plays a role in whether it will sink or float (though lesser than the ingredients).

The flatter the bath bomb, the higher the chance that it’ll float, simply because it displaces a larger water surface area.

This doesn’t mean the round bomb cannot float – this is where the importance of ingredients comes into play – but a bomb with a flat shape will have a considerably easier time doing it.

The best way to get the scents and colors of a bath released in the foam is to have it floating on the top of the bath and preferably spinning too.

You can get a flat bottomed bath bomb to spin, spherical is best, so yeah, always go for the traditional round bath bombs. More info on how to make your bath bomb spins

Last but not least, the way the bomb has been molded and how long it’s been let to dry will also play a role in its “floating” ability.

One of the things that allow the bath bomb to float is the presence of air pockets in the dough – the more air pockets, the better the floating. So if the bath bomb “dough” has been “kneaded” too tightly and there’s little to no air left before it’s left to dry – there’s little chance the bomb will float, even if the ingredients have been optimized to benefit its floating ability.

This is a common mistake for a lot of DIY recipes you’ll see on the internet – the majority of them call for the bomb to be left to dry for 24 hours because that’s how long LUSH’s famous bath bombs are left to dry. But those recipes forget to take into account how long packaging, distributing, and selling those bombs takes. So if you decide to make a bath bomb yourself (or decide to purchase a hand-made one) – make sure it’s left to dry for at least two weeks.

Bath bombs have been all the rage for the last few years. These colorful little blobs are delightful on a purely aesthetic level due to their pleasant aromas and fun colors, but they also have practical benefits. The citric acid which the bath bombs release when dissolve helps loosen damaged skin layers, while the oils have a moisturizing effect and help keep protect your skin from the dehydration that’s often a side effect of a hot bath. If you have ever spent time making your own DIY bath bombs and want to take things to the next level, bath bomb embeds is your next step. What are Bath Bomb Embeds? Ever wondered what are bath bomb embeds? This article is going to investigate, explain and advise on what embeds are, what embeds…

If you’re making bath bombs at home, then you’ll know that it can take a few days for them to fully dry. But there are ways of speeding up the drying process so they’re ready in no time! This blog post is aimed at those who want to make their own bath bombs and includes… 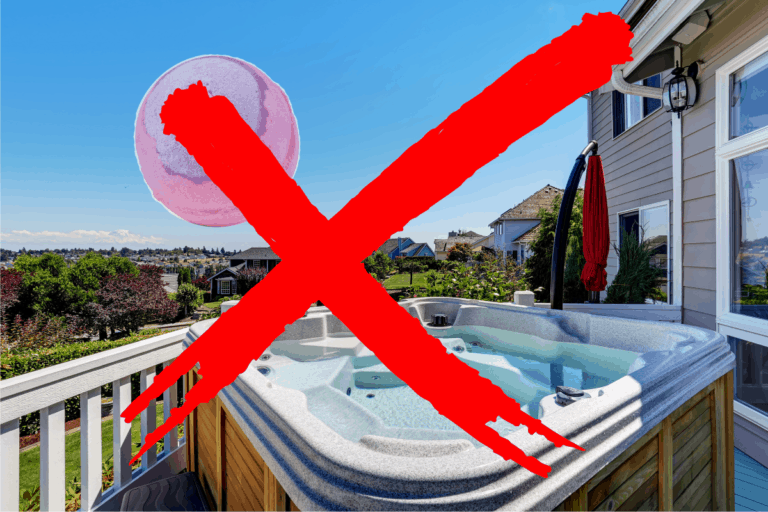 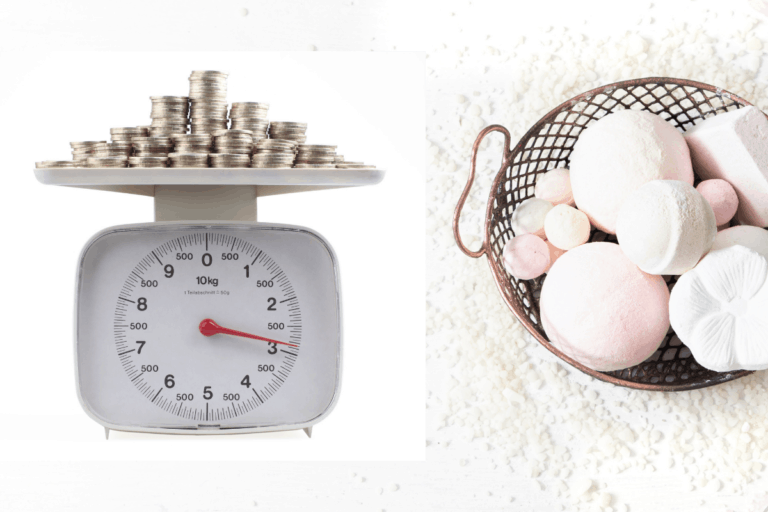 Maybe you love buying Lush Bath Bombs but have realized that, just 2 x $8 BB per week is racking up to $60 a month on your favorite bath-time treat. And the thought has occurred to you, surely I can make them cheaper. How much does it even cost to make a bath bomb? A… 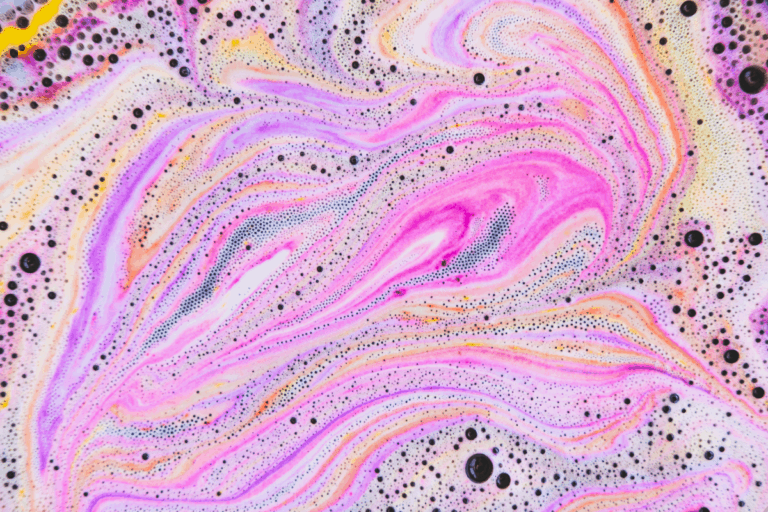 So maybe you have been making your own bath bombs for a while and have seen youtube videos of bath bombs that last longer than yours. You are wondering, ‘How to I get my bath bombs to fizz for longer?’ The best way to make bath bombs last longer and increase the length of time…

Have you ever thought about pampering yourself with a spa experience at home? If so, you certainly wouldn’t be alone; in fact, countless people there love the luxury and serenity that a little time soaking with a premium quality bath bomb can offer! However, often, it can seem like the main and most obvious option…